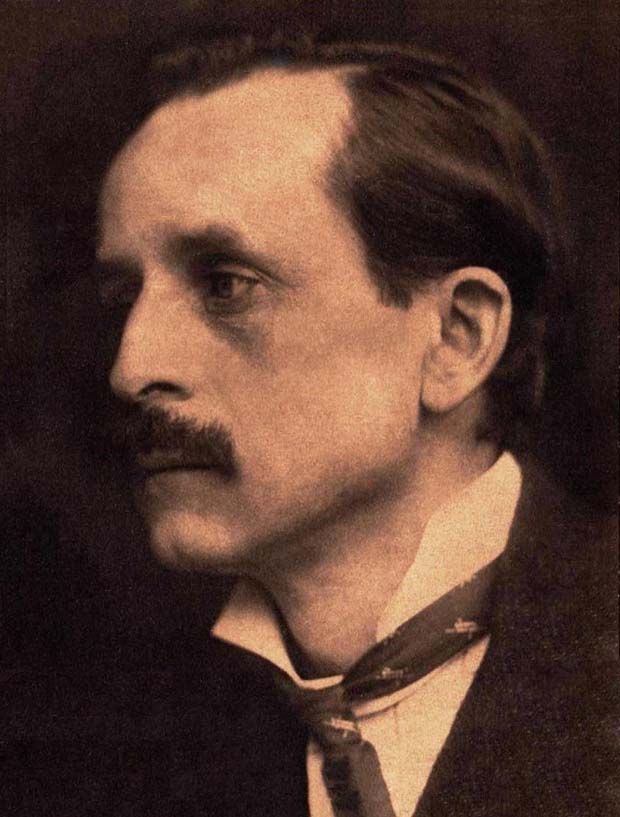 J. M. Barrie: what does his moustache say about him?

Looking to meet that special someone? Don’t waste your time trying to work out whether a person is right for you by talking to them – it turns out there’s an easier and quicker way. A few weeks ago, we learned of the preponderance of moustaches amongst late Victorian and Edwardian men. Not only were moustaches very common, but it would appear that the ability to ‘read’ them may have helped ladies find their one true love, as, according to J. R. Hughes, “phrenologist and physiognomist” and author of Marriage not a failure!, or, Sweethearts, and how to choose the right one, facial hair reveals the soul within:

The colour of a man’s whiskers, or moustache, are more indicative of character than the hair on his head.

Intriguing. Hughes goes on to provide a handy guide on how to use this as a basis for finding a life partner.

Auburn whiskered men should marry ladies with brown or dark brown hair, and not ladies with fair or auburn hair.

Spare a thought for anyone whose hair colour doesn’t fall into such tidy categories. Still, it seems straightforward enough, until you go on to read that actually, it’s also vitally important that your beloved has the correct eye colour as well. Apparently, the blue-eyed are affable and credulous; those with hazel eyes have a “frolicsome turn of mind”; a person with grey eyes is “a plain, plodding, downright drudge” (this seems a bit harsh, but then, I’m not a trained physiognomist); and then there are the red-eyed (no, I’ve no idea either), who are “selfish, deceitful and proud, furious in anger, fertile in the invention of plots, and indefatigable in resolution to bring them to bear”. My goodness. Anyway, again, Hughes records which eye colour is appropriate to look for in a spouse:

Blue eyes should not marry blue. The same may be said of each other colour.

This is about the point at which it all gets far too complicated; if I’m going to follow this (surely foolproof) method of finding a husband, I’ll have to carry round a compatibility chart with me.

Of course, there’s always the possibility that you’ll meet a man without any facial hair. Alas, Hughes offers no advice on what to do if you find yourself in such a predicament. Still, as the saying goes, “kissing a man without a moustache is like eating an egg without salt”, so such a man would probably not be worth your concern …

This entry was posted in Friday feature, Oddities and tagged Moustache, physiognomy, romance. Bookmark the permalink.

1 Response to Find your perfect match