The sinking of the Lusitania

This week of cataloguing I came across a rather sad and strange reminder that our project is gradually approaching the 1st world war. In my 1907’s shelf of books I found the ‘launch book’ for the Lusitania, the ocean liner which was famously torpedoed on the 7th May 1915, killing over a thousand civilians travelling from the United States to England. Famous mostly perhaps because the ensuing outrage, stirred up by British propaganda, turned global popular opinion against Germany and led to US intervention in the war. 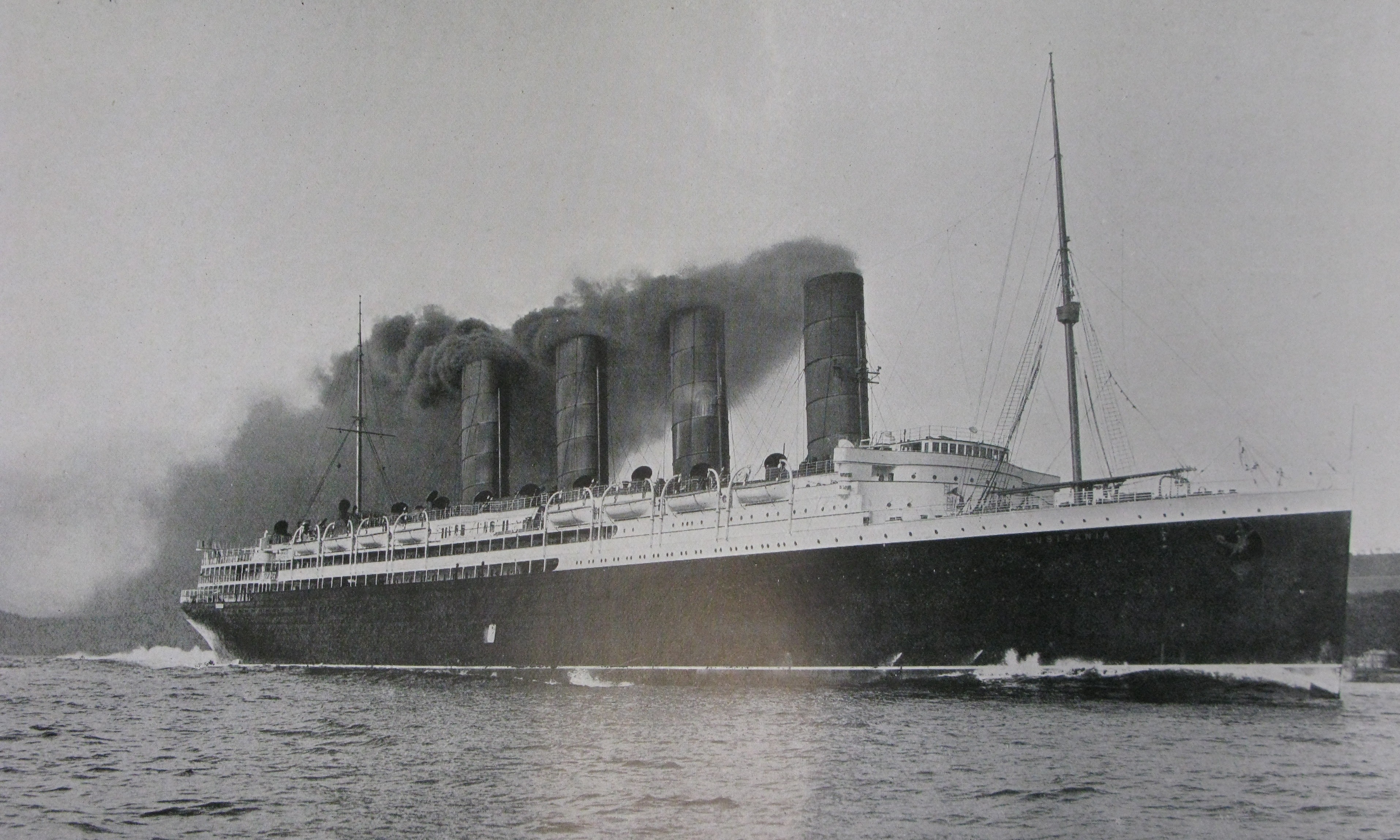 The book is primarily about the construction of the vessel, which is beautiful, and so I wanted to post up some illustrations. Her story is also interesting, so I’ve included a little about her too, apologies to WWI experts, this barely skims the surface.

The Lusitania was built as pa 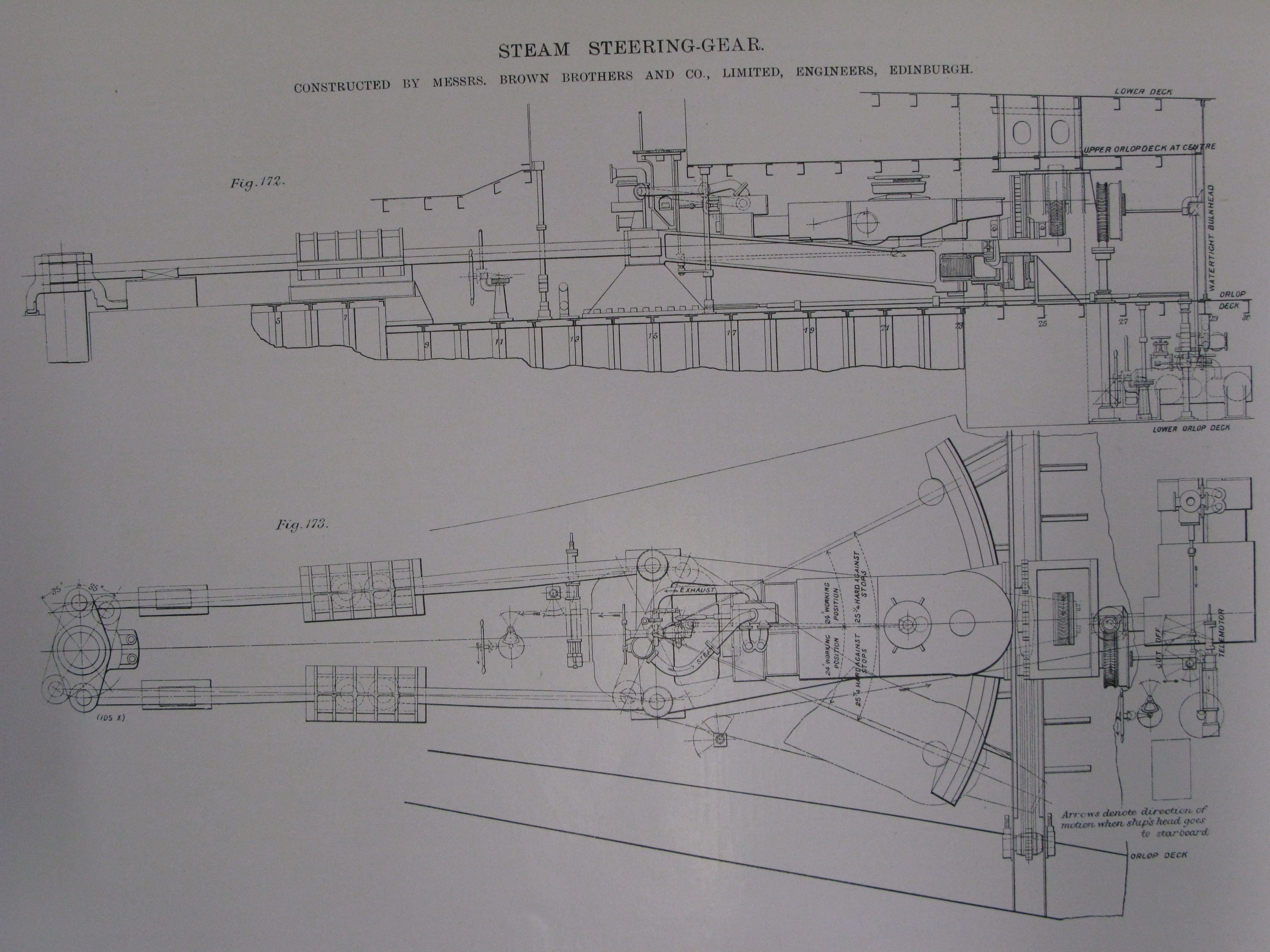 rt of the race for the trans-Atlantic passenger trade and was one of the largest and fastest vessels of the time. Perhaps because of this, she had been quietly part funded by the British Military authorities, with the idea that she would be used as an auxiliary cruiser in times of war. The final passengers to board her were aware of some of the risks …

“Travellers intending to embark on the Atlantic voyage are reminded that a state of war exists between Germany . . . and Great Britain . . . and that travellers sailing in the war zone on ships of Great Britain or her allies do so at their own risk.”

…read a notice from the German government in forty U.S.newspapers. National Archives (of America) http://www.archives.gov/exhibits/eyewitness/html.php?section=18 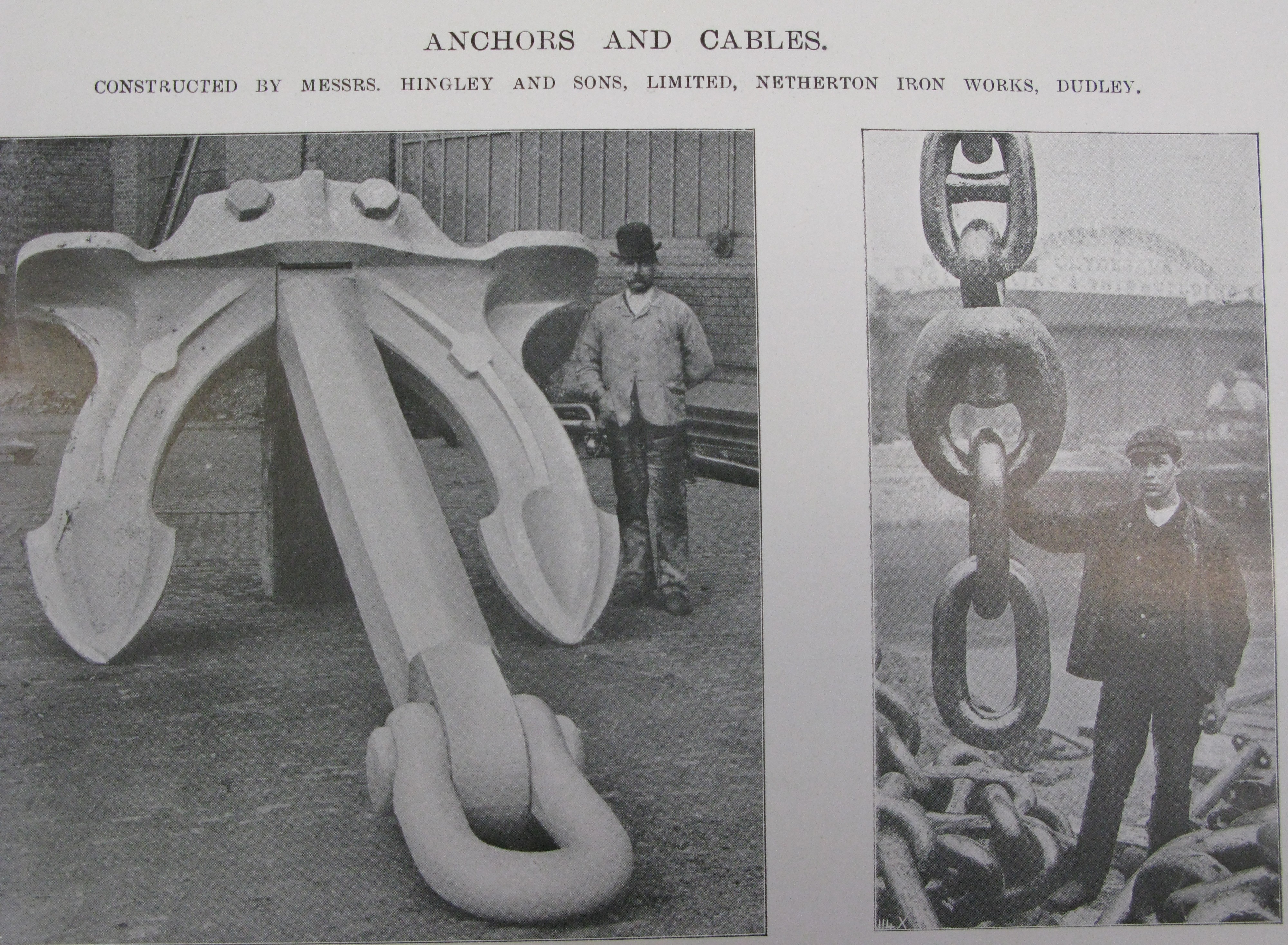 Though not all of them … That day, the Lusitania’s loading manifesto failed to mention a significant element of her cargo, with a supplementary manifesto, for the President of the United States only, being filed later after she had left New York. Some munitions were originally listed but what was omitted was the large amount of explosive products such as gun cotton and 52 tons of shrapnel shells. (www.lusitania.net).

It is not clear whether the Germans knew about the hushed up cargo or not, but despite it a wartime journey was always going to be risky. Tactics for evading submarines had not yet been clearly devised, however, Messr John Brown and Co. the designers of Lusitania were confident that their use of Krupp plate steel, with new methods of treatment and technique for application would make their vessel torpedo proof. Sadly this was not the case and chaos reigned as she sank within 18 minutes, killing 1,198 of her 1,959 passengers. 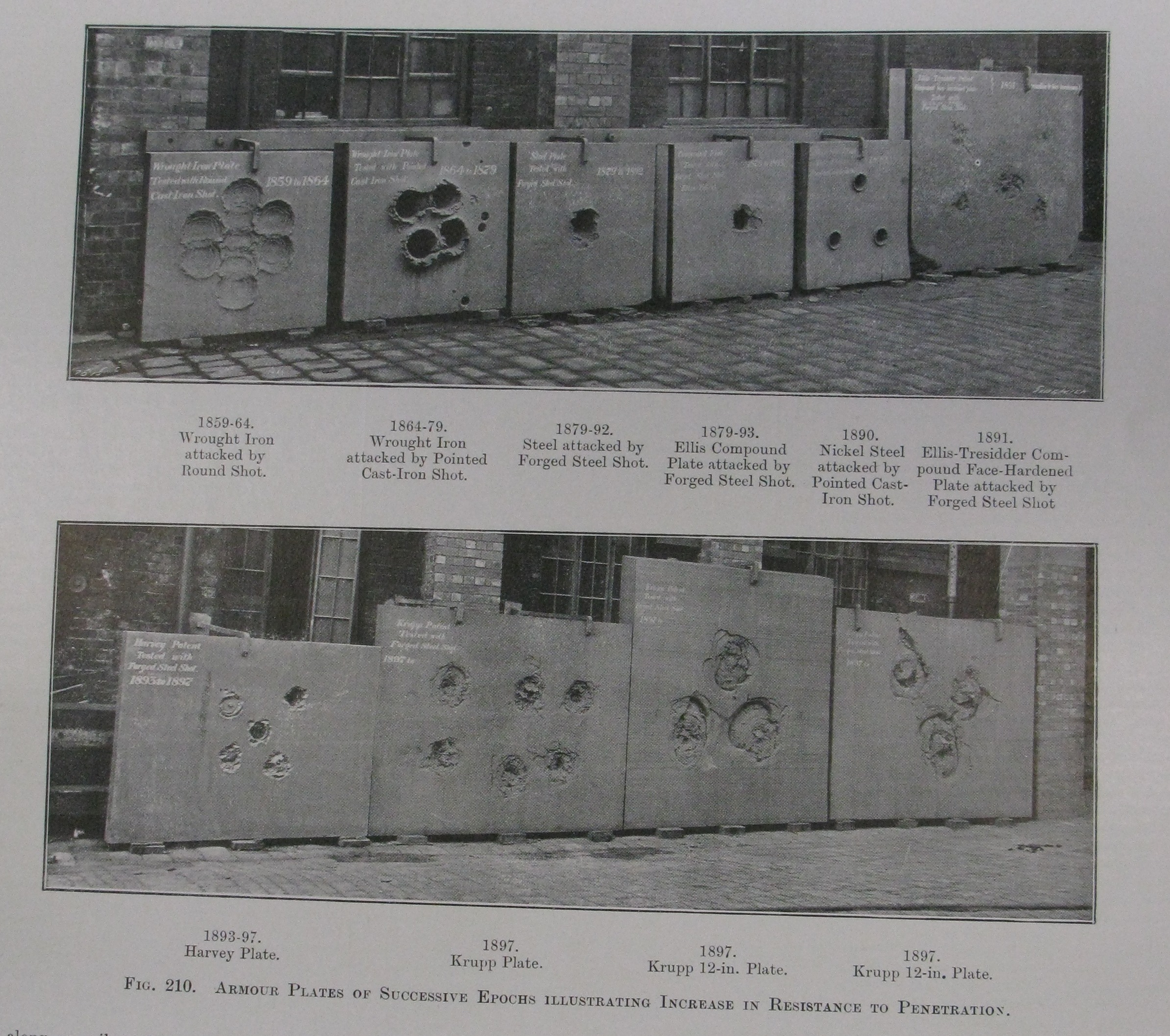 The war diary of Kapitänleutnant Walter Schwieger Captain of the U-Boat that sank her described the scene:

“Many people must have lost their heads; several boats loaded with people rushed downward, struck the water bow or stern first and filled at once. . . . The ship blew off steam; at the bow the name “Lusitania” in golden letters was visible. The funnels were painted black; stern flag not in place. It was running 20 nautical miles. Since it seemed as if the steamer could only remain above water for a short time, went to 24 m. and ran toward the Sea. Nor could I have fired a second torpedo into this swarm of people who were trying to save themselves.” National Archives (of America) http://www.archives.gov/exhibits/eyewitness/html.php?section=18 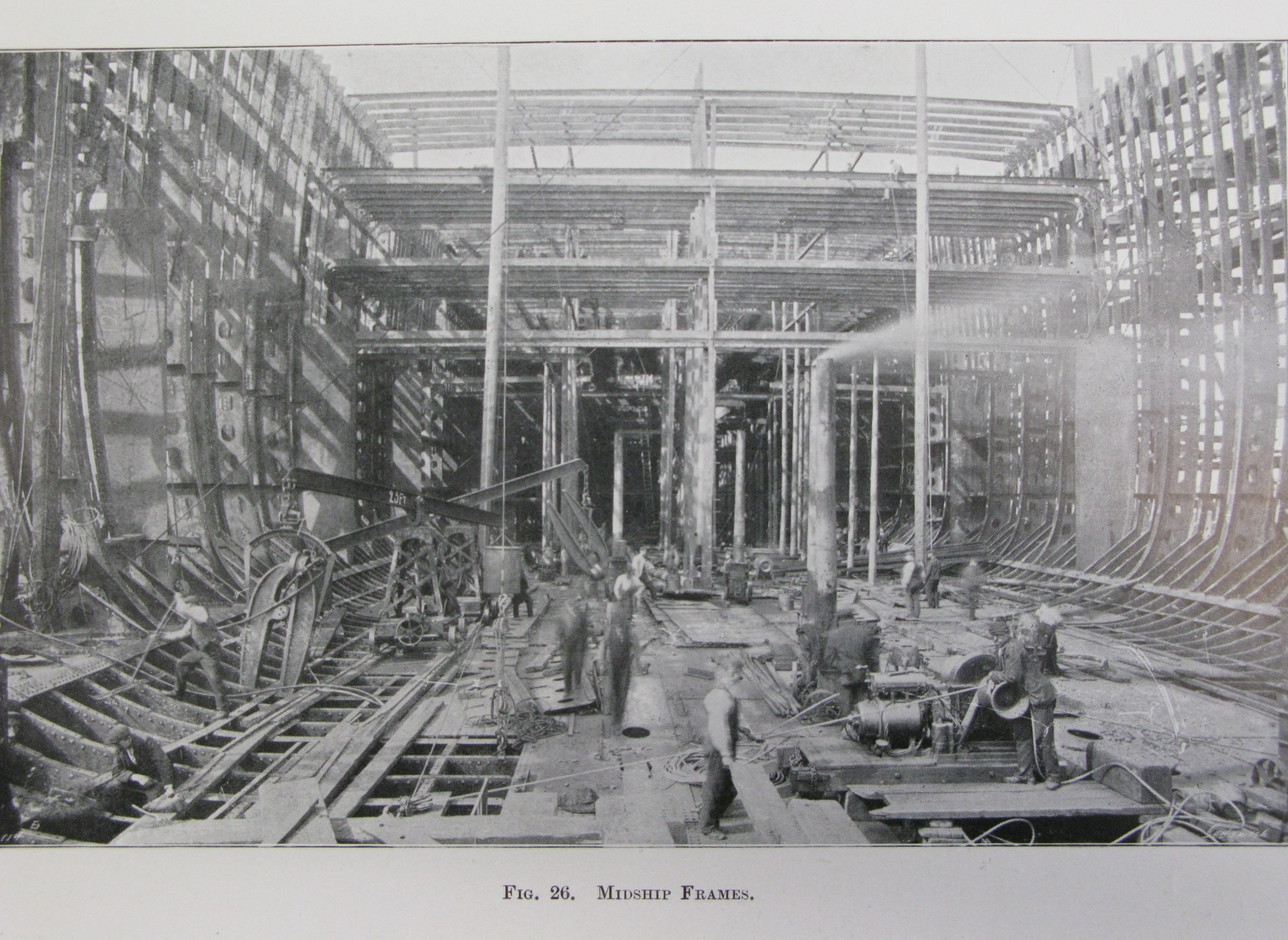 The outrage at the event and the loss of so many were it seems a significant driver for America to join the war. Propaganda drove this further as strange items began to appear, such as the medals apparently issued to the torpedo crew for sinking the ship. These depicted the Lusitania sinking on one side and on the other a queue of passengers buying tickets from a skeleton (death). Whether Germany made them first but quickly destroyed them as they saw the action criticised or whether it was a conspiracy dreamed up by the British is unclear. 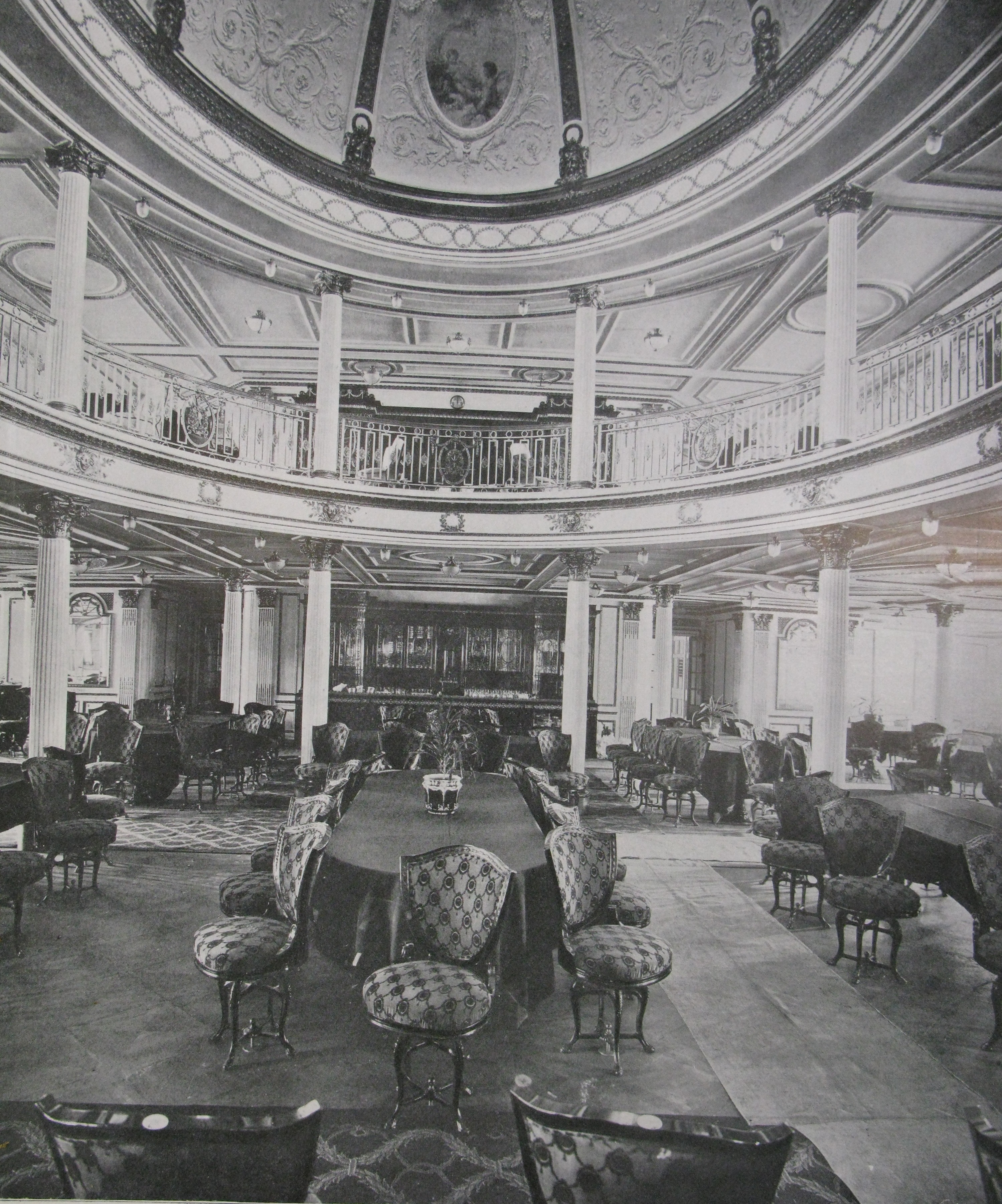 Whatever significance the Lusitania’s sinking played in the war, there is no escaping the tragedy and loss of life. Therefore there is something eerily gloomy about finding a book so full of the excitement and pride of the manufacturers, designers and builders, who had little idea of what was to come. 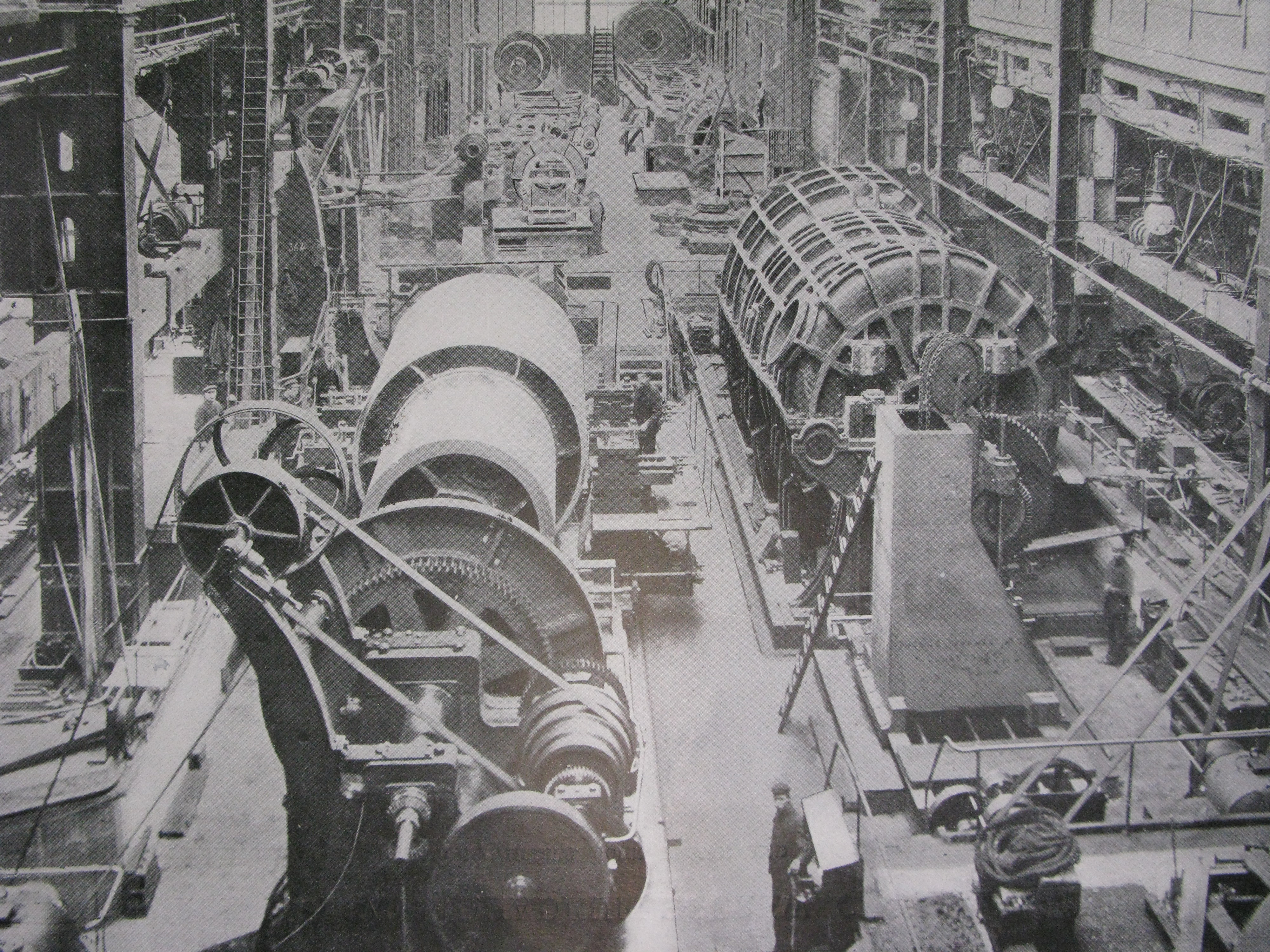