Caesar and the King

Posted on May 20, 2011 by V. Lacey
On the morning of Friday, 20th May 1910, two weeks after his death, Edward VII’s funeral procession made its way through London. It was a massive affair, involving royal dignitaries from most of the royal families of Europe; but a particularly moving touch was the presence of Caesar, Edward’s adored wire-haired fox terrier, following his master’s coffin. 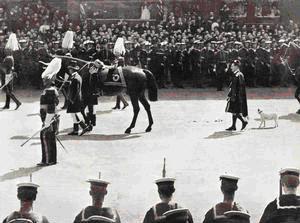 Caesar was presented to Edward in 1902, and from the very first became a firm royal favourite. He wore a collar with the inscription, “I am Caesar. I belong to the King”, and was lavished with affection. Edward was loath to be separated from him, and Caesar accompanied the king on his 1903 tour to Europe. A French royal observer later gave a detailed description of the dog:

Caesar was a person of importance … He had a strong personality and a quick intelligence. He was very independent in his ways, a little mischievous and playful and deeply attached to his royal master, who pampered him as one would a child. When the King was travelling, Caesar went with him everywhere and did not leave him day or night, for he slept in an easy-chair to the right of his bed. He was present at all the King’s meals … the high favour which the terrier enjoyed compelled him always to be scrupulously clean. Every morning, he was washed and cleaned with care. I will not go so far as to swear that he liked it. Nevertheless he submitted to it with resignation. 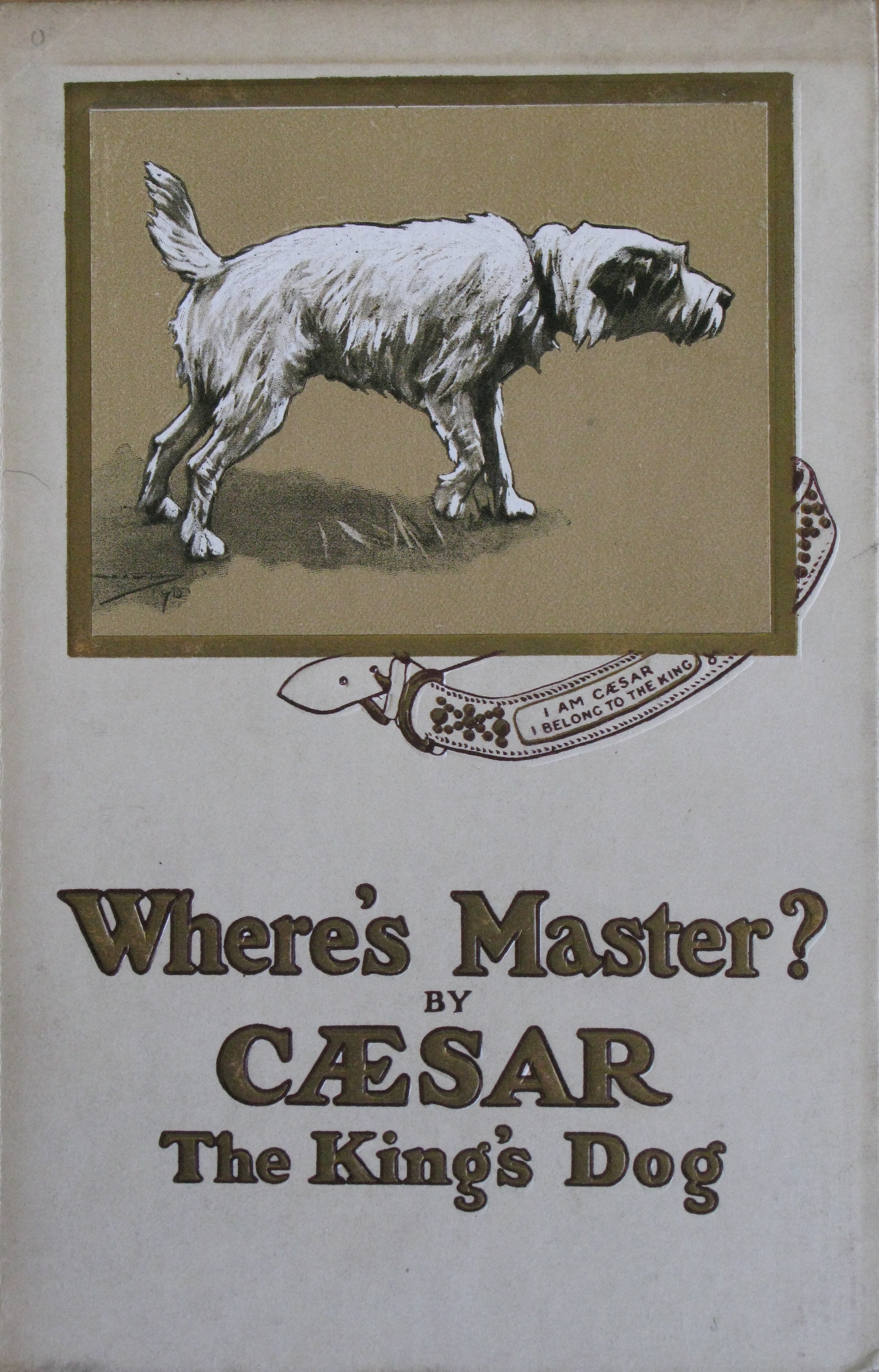 The public’s imagination was caught by Caesar’s appearance in the funeral procession. Poems were written about him, and shortly after the king’s death a book appeared, Where’s master? (1910.7.3048), purporting to be written by Caesar himself. (The British Library attributes the work to the publisher Sir John Ernest Hodder-Williams.) This short volume describes the last few days of Edward’s life, as observed by Caesar, and the dog’s grief at his master’s death; it ends with him at the funeral: “I’m marching in front of the Kings.”

After Edward VII’s death, his widow, Alexandra, whose idea it had been for Caesar to walk in the funeral procession, took over the care of the dog until his own death in 1914. His gravestone read: “Our beloved Caesar who was the King’s faithful and constant companion until death and my greatest comforter in my loneliness and sorrow for four years after. Died April 18th 1914.” A likeness of Caesar was later added to Edward VII’s tomb in St. George’s Chapel, Windsor, reuniting master and dog.

1 Response to Caesar and the King